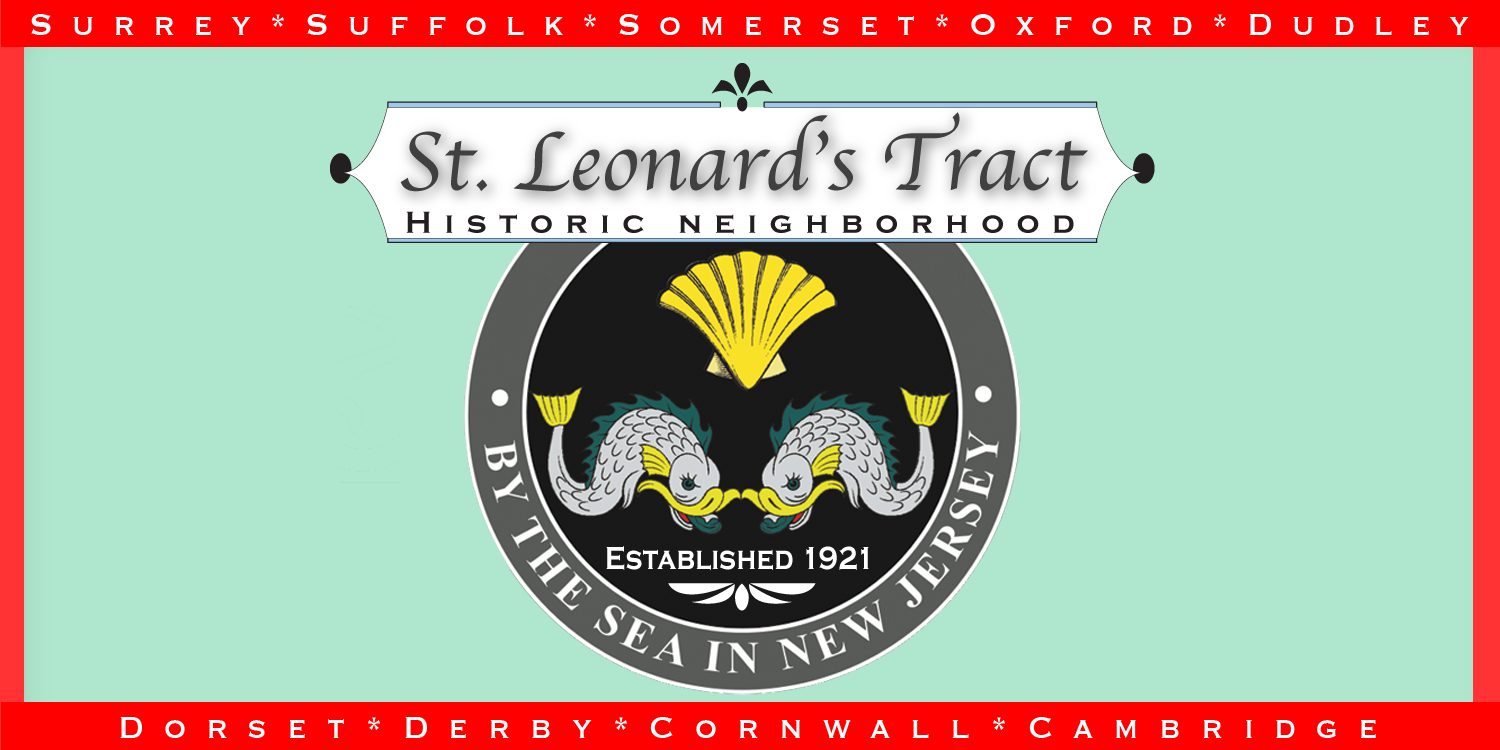 The City of Ventnor was incorporated on March 17, 1903, named for a town on the Isle of Wight, off England’s southern shore. The St. Leonard’s Land Company had been incorporated seven years earlier on June 13, 1896 to include all the land between the midlines of Surrey and Cambridge Avenues. Befitting its British namesake, the streets are named after English Duke.

The Tract contains Ventnor’s first school at Oxford Avenue. “St. Leonard’s School by the Sea” for girls operated at 106 South Surrey Avenue from 1921 to 1934.

November 14, 1921 – Letter to property owners with $5 assessment to form Association

November 18, 1921 – St. Leonards Association Incorporated with (11) Trustees by “An Act to incorporate Associations not for pecuniary profit” Apr 21, 1898